Some people see eye to eye. We see stone to stone – with our hearts.

He’s from Verona. I’m from New York. He speaks no English. I speak with fork (tongue). 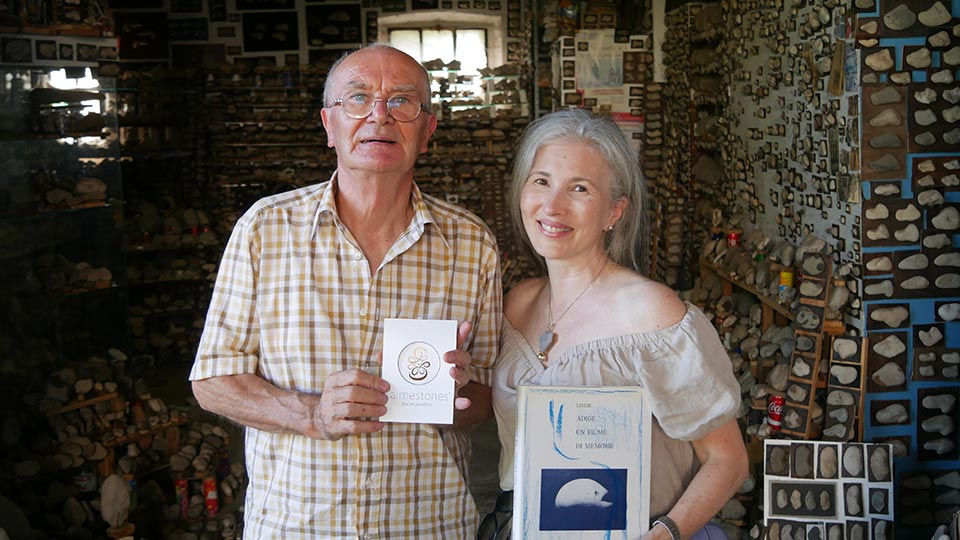 Luigi with his J’aimestones brochure and I with his hardcover book (a surprise gift for me). 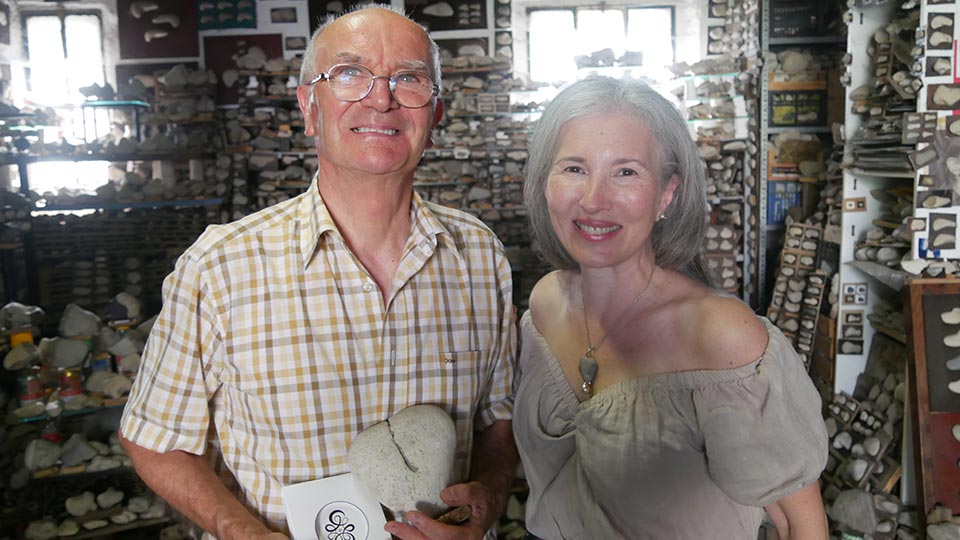 On this day I chose to wear the J’aimestones “Vavoom Global lovestone” collier, never imagining to be similarly greeted with Luigi’s’ own grand version from his archives. 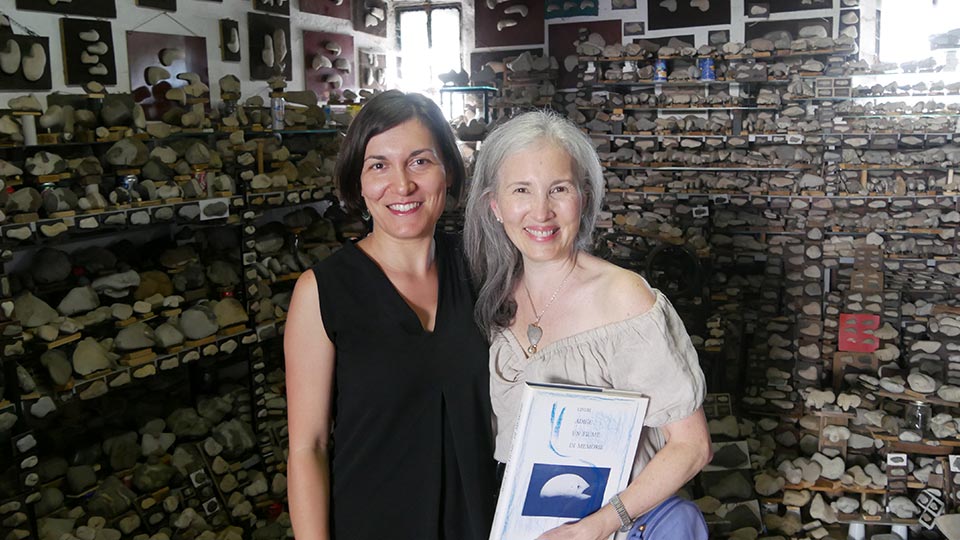 And then there’s lovely Lisa, his PR assistant who became so impassioned by his mission that she now devotes herself to bringing forth his special vision of the world to the world-at-large.

We may not share a common verbal language, but we speak the same unspoken one; of Nature… stones… and reading between their uncommon lines.

Luigi Lineri has been drawn to riverbeds and otherworldly-earthly realms for the last 50 years, collecting hidden treasures which he lovingly houses in his cavernous temple-homage on the outskirts of this romantic city where Shakespeare’s star-crossed lovers once mingled.

As Romeo was smitten by Juliet, Luigi seems smitten as well; by not only his lovely wife Tosca, but by his thousands of stones through which he sees astonishing figures and forms and whose messages he interprets like a cosmic archaeologist.

Through a fascinating chronology of history, anthropology and mythology Luigi compels one to reconsider terra firma and the heavenly realms that communicate through it.

How poetic that in this Veronic land-of-love familiar passions should cross mercurial paths – joining J’aimestones with a kindred spirit. A soulmate. A stone mate.

This site uses cookies. By continuing to browse the site, you are agreeing to our use of cookies.